At a RUTSTAT Meeting on October 4th, Morgan Overable of NeighborWorks’ LaborWorks Team shared a story about the incredible impact of community policing, Project VISION collaborations, and neighborliness- that just happened to involve a burglary on her birthday. 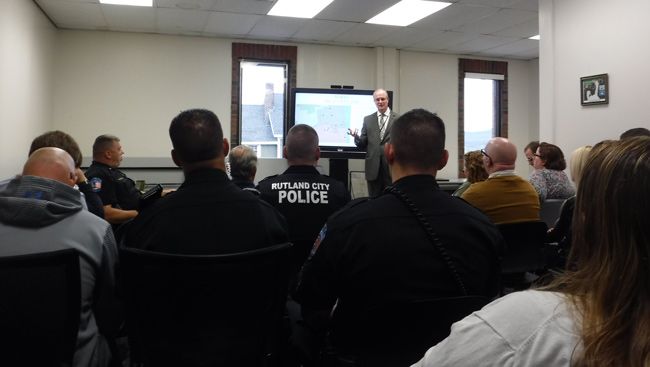 On Tuesday morning, bright and early, three dozen people grabbed coffee and found a seat in the VISION Center, located on the second floor of the Rutland City Police Department for a RUTSTAT Meeting.

Up front was a large screen displaying a list of received police calls from the past two weeks, sorted by address. The Chief of Police, Brian Killcullen and Bradley GoodHale, a crime analyst for the Rutland City PD were seated at a table near the front of the room, and call by call, the Chief would ask for an explanation from the officer who has responded to that call.

Some were run of the mill- a noise disturbance from a vehicle playing loud music, kids accused of using profanities in public areas, a burglary alarm that was broken.

Some, usually repeated calls, resulted in a conversation about the individual’s wellbeing and if there were other services they should be connected to- Rutland Women’s Shelter and Network, Rutland Mental Health, BROC- or processes that should be described- where, how, and when to file a no trespassing or restraining order.

The atmosphere was professional and respectful with a feeling of familiarity between officers and the rest of the attendees, particularly those representing social services.

After reviewing all the received calls, GoodHale displayed maps of the calls by type (i.e. burglary, car accident), calls by neighborhood, and calls by time of day and week. The desire is to identify and respond to patterns of calls and crimes more immediately and therefore effectively- and it appears to be working.

In the past three years since Project VISION has been encouraging the dismantling of silos, the sharing of information inter-agency, and the collaboration of different sectors, the clearance rates (the percent of cases solved) of crimes have been increasing across the board- be it violent crime, robbery, aggravated assault, property crime, or any other. 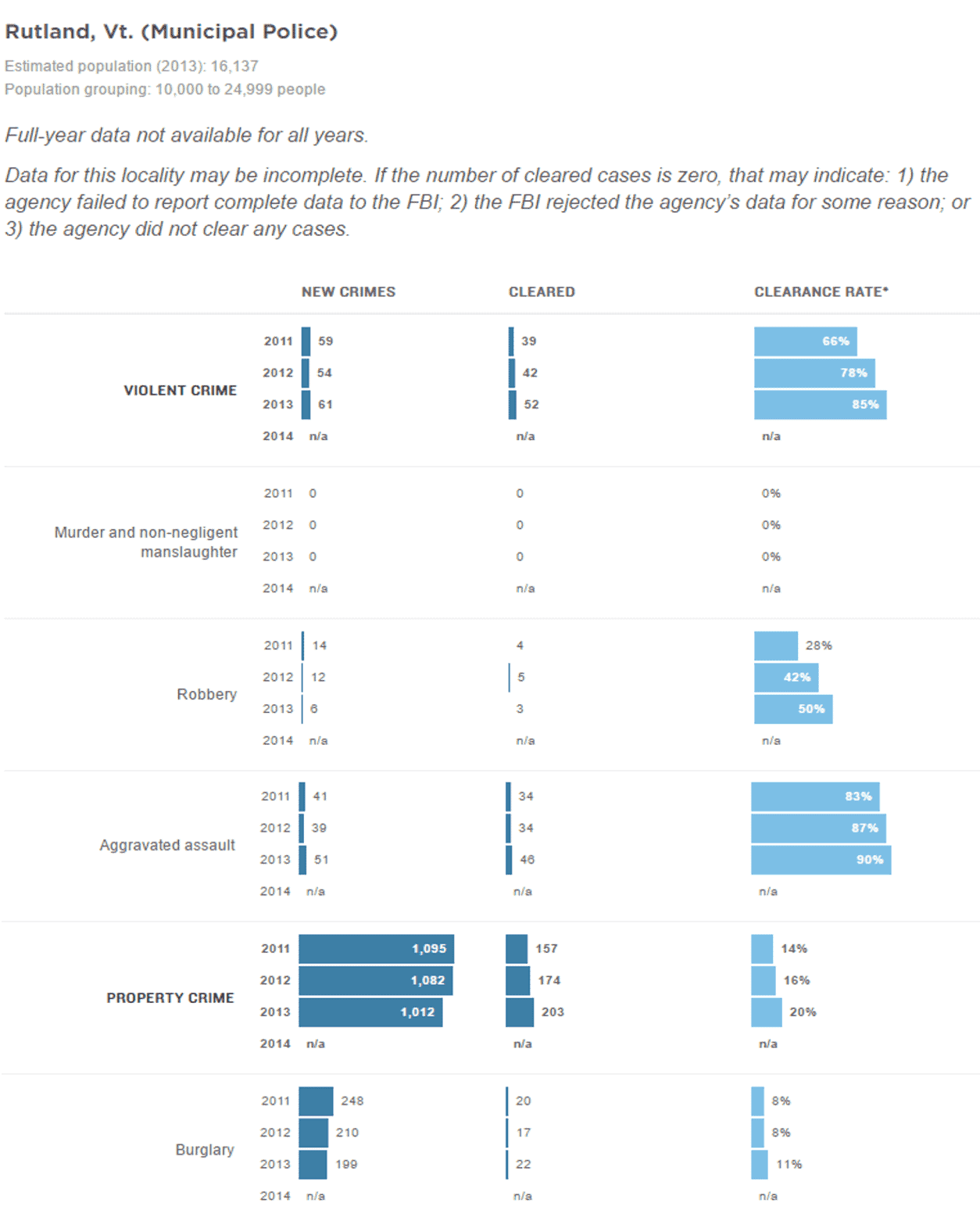 Which is what brought Morgan Overable, NeighborWorks’ LaborWorks Onsite Project Manager, to this week’s RUTSTAT Meeting. She experienced firsthand the impact of neighbors looking out for each other and how important building community trust in the police force is- and vice versa.

As Morgan tells the story, it all began her birthday weekend with a phone call from her dad.

“So, I got a phone call from Dad- the plumber had been into our property at 59 Baxter Street and called to say the back door had been kicked in. I went right down there and sure enough, all the big ticket tools were taken.” 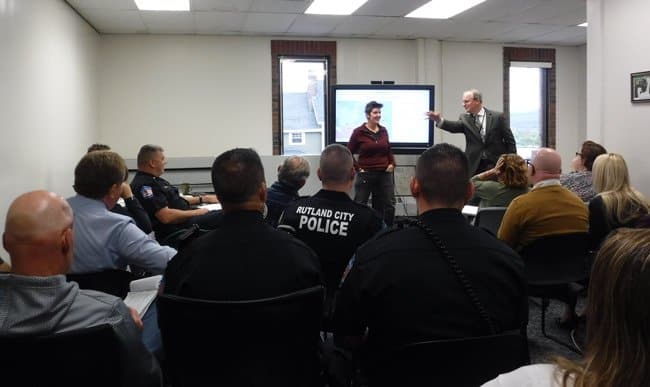 They called the police and reported the burglary.

“Officer Ash responded to the call, and told me two things- that first, Officer Prouty had heard the call come in and told him to get right down because he recognized the address as a NeighborWorks property, and that two, we probably wouldn’t get our tools back.”

Neighbors Looking Out for Each Other

Rising to the challenge, the RCPD started investigating the crime immediately.

Within hours, a connection made through Project VISION and community policing through walk-and-talks proved fruitful- a conversation at the corner store, four doors down from 59 Baxter Street, was overheard and reported to the police.

“Officer Ash called and told me he got a tip, and was wondering if he could get access to our property in order to see into the neighbor’s house- so we let him in, and a few hours later and with the use of our ladders, an arrest was made- and all our tools recovered.”

When Morgan mentioned “all” her tools- she meant not only from this burglary but from a burglary that had occurred at the same property months ago when the tool trailer was broken into.

The Impact of Community Collaboration

On Sunday evening, after a long, fun day of birthday mountain biking, Morgan found herself in the parking lot of the police station with five officers, high fiving and celebrating the quick recovery of the stolen tools.

“We were out back chatting and Officer Ash said, ‘Without Project VISION’s connections- this wouldn’t have been so easy.’ And I think that’s incredible and I just wanted to share that with you, and thank you guys for the work you do.”

To learn more about Project VISION, check out their webpage. The multi-pronged community effort to make Rutland the healthiest and safest place to live on earth meets monthly in the Howe Center, and it’s open to the public. If you live in Rutland and want to get involved, get on their mailing list by emailing [email protected].

And, read more about NeighborWorks partnership with Project VISION here!