At the end of December 2016, 11 properties have been acquired, 6 projects completed, and NeighborWorks of Western Vermont is well underway with the remaining 5 projects of the Rutland Community Revitalization project.

This work has proceeded in conjunction with multiple community development activities intended to build confidence in residents and property owners, demonstrating that Northwest Rutland is a choice neighborhood to live in. Throughout the past year NWWVT and the City of Rutland have used every opportunity to reinforce the positive aspects of the neighborhood, holding community events and marketing a new image for the neighborhood that was developed by neighborhood stakeholders.

The working relationship between the City of Rutland, NWWVT, Project VISION and community members continues to guide the activities undertaken in the grant.

During the second year of the Revitalizing Northwest Rutland Project NWWVT can demonstrate the growing impact that this work is having on neighborhood morale and pride.

The demo of 65 Baxter Street was completed and the property was transferred to the City at the end of 2015.

In 2016, the City of Rutland, Parks and Rec Dept. completed plans for the re-use of this site as a neighborhood park. Rotary Club, Head Start of Rutland, Green Mountain Power and many volunteers donated countless hours and over $30,000 in materials to support the City’s investment in the neighborhood. 65 Baxter Street now serves as a neighborhood asset.

113 Library Avenue loomed large over the streetscape.  Once a beautiful single – family residence, by 2015 the building had become a vacant multifamily property.  Its owners had tried for years to maintain the building, but the economic downturn in the neighborhood left them unable to keep the property in repair and occupied.  The building and a large garage were removed, and the lot was transferred back to the City.

Volunteers helped build a small attractive fence around the property and 113 is now a small green space within a very dense neighborhood. This fall pumpkin carving, gatherings, outdoor movies and other activities brought neighbors together and created opportunities to build a sense of community. 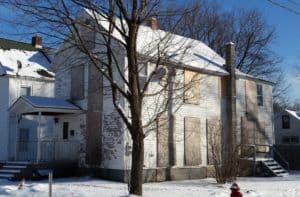 148 Library Avenue is owned by a long- term resident of the neighborhood who lives in the house adjacent to the property.   As a “mom and pop” landlord, he rented the 148 property until a major fire occurred and completely destroyed the building.  The building is located within the flood zone and the owner was unable to secure funds to rebuild or to tear the home down.  VCDP funds were used to tear the home down, the owner signed a covenant agreeing that he would not re-build on this site, and this dangerous eyesore has been demolished. 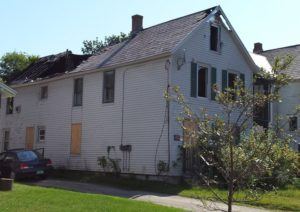 42 Cleveland Avenue was also vacant due to a fire.  Ownership of the site was complicated; the original owner had died and NWWVT needed to secure ownership with the approval of the heirs and the court system. The property was not only damaged beyond repair due to the fire, the clean up of the site involved removal of hazardous materials.

Under the careful guidance of NWWVT supervisor Gregg Over, the property was torn down, hazardous materials were removed and the property was transferred to the City.  In 2017 Habitat for Humanity intends to build a new single family home on the site.

Number of units in construction: 2

In June 2016 the LaborWorks team finished their full rehab of 120 Library Ave, Rutland, Vermont.  The two story, single family home at 120 Library Ave was stripped to its studs and even those were replaced. The house, with a new front porch, an additional bathroom, and new, energy efficient appliances wasn’t even placed on the market before it was under contract.

The homeowner who purchased the property works in downtown Rutland and loves her new home. 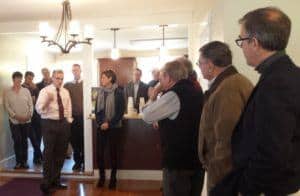 More than 50 people attended the Open House at 59 Baxter Street held on November 4th, 2016.  Police, fire fighters, legislative leaders and neighborhood residents all had a chance to see this beautiful transformed home.  Two days after the Open House, the home was under Contract to an income-eligible homebuyer who will move into the new home in February 2017. 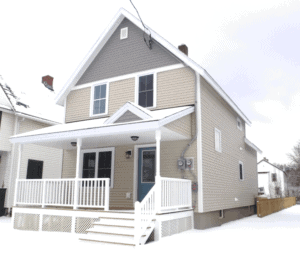 When NeighborWorks acquired 59 Baxter Street, it was a 2 bedroom, 1-bathroom vacant property with a crumbling foundation, a non-functional floor plan, and leaky attic and basement. Now a 3 br, 1.5 bath home with solar panels donated by Green Mt Power, its energy costs and upkeep will be minimal for the next 10 years.

NWWVT’s philosophy is that homes they sell to first time homeowners on a limited income must be fully renovated, safe, healthy and affordable.  The Baxter Street home meets this high standard.

39 Pine Street was a multi family property that had been foreclosed upon by an out of state lender.  The property was vacant and uninhabitable.  It took imagination and hard work to re-configure this property as a single-family home.  LaborWorks needed to protect the historic features of the home while creating a layout that would meet modern homeowners’ needs. 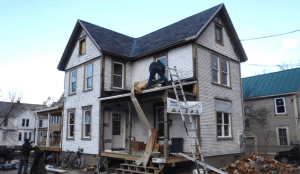 The building orientation faced south, and has solar gain.   It is one of three properties that will receive funding from Green Mountain Power to install a solar array. The new homeowner will have almost no energy costs, due to the solar system and the extensive weatherization system that NWWVT is installing.

The renovations were approximately 60% complete at the end of December and the completion date is estimated to be March 2017.  When finished, this house will be sold for almost half of the cost of renovation to a low-income household.  A Homeland Grant will help the buyer out with the down payment and keep the house perpetually affordable.

The sagging addition and the large blue tarp on the roof made 128 Library Avenue stand out, especially once the demo of 113 Library, the rehab of 120 Library and the new park on the corner of Library and Baxter were completed.  Targeted in year I of the Revitalization Grant, this home was purchased after a lengthy legal process with an out of state banking institution.  NWWVT staff watched for the sale anxiously, as the building continued to deteriorate over the past 18 months.  If the home had gone through another winter in its vacant and unprotected condition it might not have been salvageable. 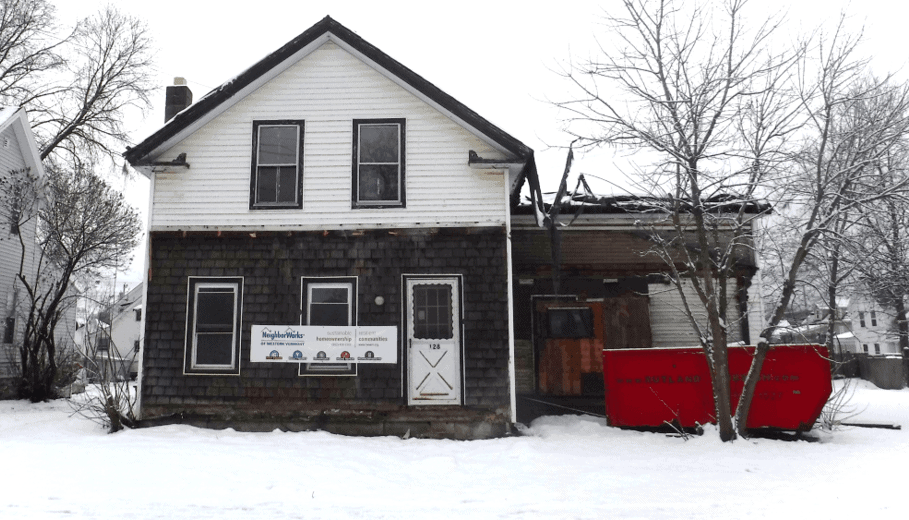 Purchased in November 2016, demolition of the addition has begun, and LaborWorks has begun the interior work, which is a gut rehab and rebuild.

Perhaps the most ambition project of all are the three former drug properties purchased through the Agreement with the US Marshall Service and the City. 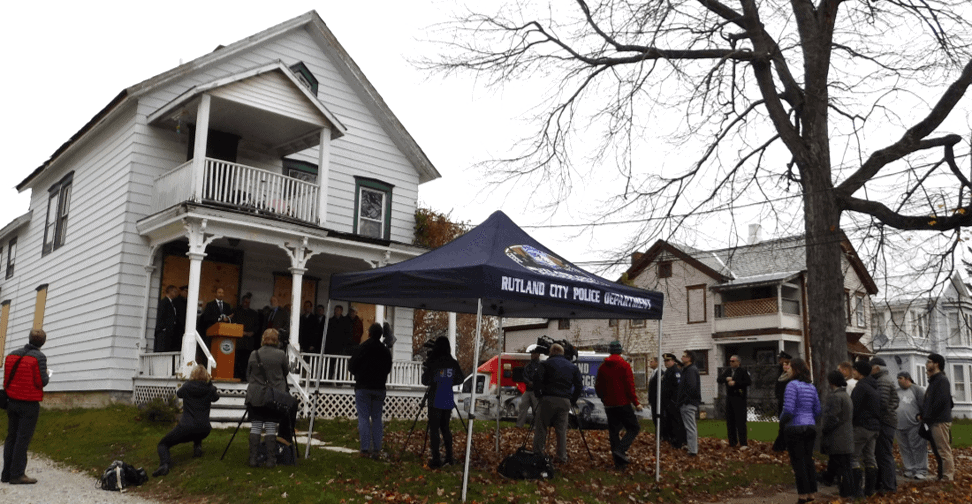